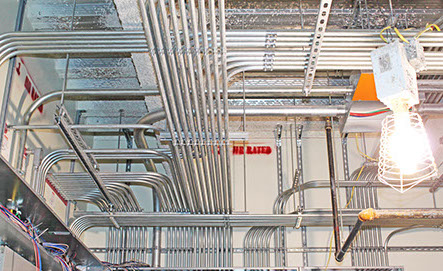 The St. Christopher’s Hospital for Children expansion was a $110 Million dollar project led by Torcon Construction.  In included adding four floors (135,000 sq.ft.) and a critical care tower to the existing hospital campus.  The tower will consists of 50 new critical care beds,  60 Level III NICU beds, and other advanced care spaces.  We are proud to have been part of a project that not only incorporates state of the art medical technology but also had a major impact on the City of Philadelphia and surrounding communities.  This project was completed in 2015.